Dan Wells is a writer of adult and young adult fiction of many genres, and a co-host of the Writing Excuses podcast. In anticipation of SiWC, we asked him a few questions to learn more about him and his writing.

What do you love most about writing?

The thing I love most about writing is hard to pin down. I love being able to take cool ideas and put my own spin on them. I love crafting a character arc that makes people feel things. I love the puzzle-solving aspect of piecing together a bunch of disparate elements into a single, cohesive plot. But I think, at the end of the day, what I love most is storytelling. I love sitting down with people–either in-person or through the medium of a novel or a story or an audiobook or a play or a movie or a game–and just weaving a story. Taking the audience from point A to point B. I love it.

What’s the most helpful piece of writing advice you’ve ever received?

This is in two parts:

The first part is self-explanatory: almost everyone around you has an idea for a book, and the one and only difference between them and an author is that authors write. Just sit down and do it. Don’t wait for anyone to tell you to do it, or ask you to do it, or offer you money to do it; sometimes those kinds of things don’t show up until years later. Just write.

Which is what brings us to that second one: at some point you’re going to have to stop.

Finish your book and let someone read it and start a new one. It’s way too easy to get caught in the trap of writing a “perfect” book, or of bringing to light that one incredible idea you’ve had for years. We cling to our first book, and our first idea, far longer than we should, because we want it to be perfect. Well: it’s never going to be. In fact, if it’s your first book, it’s probably going to be pretty terrible. Write it, finish it, and write another one, over and over and over until your skill is as good as your ideas

What are you working on currently, if anything?

When the pandemic started, and everyone was suddenly trapped in their homes and most of our social interaction moved online, I took a leap of faith and started a professional gaming business: I run RPG campaigns and one-shots for people, for money. Much to my surprise and joy, it’s working really well: I run about seven games a week right now, plus a Twitch stream and a YouTube channel, and it’s been a delight. I don’t know how long it’s going to last, or what new directions it may go in the future, but I’m having a lot of fun and making some great new friends–and keeping my children fed and housed as well, which is a nice cherry on top. And I still have some slots open, so if you want to play an RPG hit me up. 🙂

What is your favorite way to recharge, relax, and recuperate?

I love to cook, which is awesome because I also love to eat. I go through phases in which I get super excited about different genres of food—for a while it was baking, then it was chiles, then it was curry, then it was something else. Right now it’s fermented food—kimchi and sauerkraut and radishes and more, and I’m discovering a lot of great recipes and having a blast.

What is one way that living abroad influenced your writing?

Living abroad has changed the way I think about almost everything, and in some ways it all goes back to the simple question almost everyone asked me when I first showed up in Germany: why are you here?

The easy answer was “because I wanted to be,” but that led me to the much more complicated follow-up question of “Well, why am I anywhere?”

I lived in the same city where I went to college for almost fourteen years after I graduated: why was I there? Was it because it was really and truly the best place for me to be, or was it just the easiest? Was it because my friends were there, or because that’s where I applied for work, or because I had family nearby, or something else? Taken to a broader perspective: do we make decisions because we really think about them, or because of inertia? That thought has changed the way I think about life and writing and everything I do. 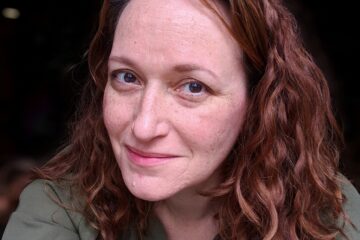 Mary Robinette Kowal is the author of Ghost Talkers, The Glamourist Histories series, and the Lady Astronaut series. She is the President of SFWA, part of the award-winning podcast Writing Excuses and a four-time Hugo Read more… 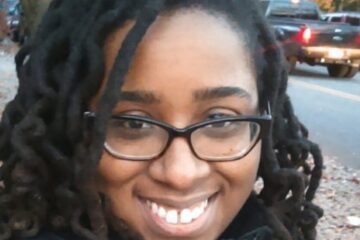 Erin Roberts is a Black speculative fiction, game/interactive, and non-fiction writer with an MFA from the Stonecoast low-residency program out of the University of Southern Maine. She primarily writes about worlds that don’t yet (quite) exist – visions of the Read more… 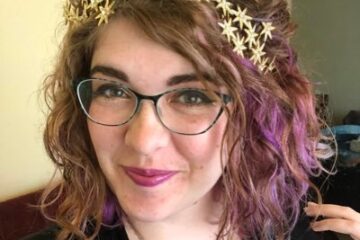 Alyshondra Meacham is the Eventbrite Coordinator for the Writing Excuses Workshop and Retreat, and works as Mary Robinette Kowal’s personal assistant. She is an incurable space enthusiast with the fashion sense of Ms. Frizzle. When Read more…